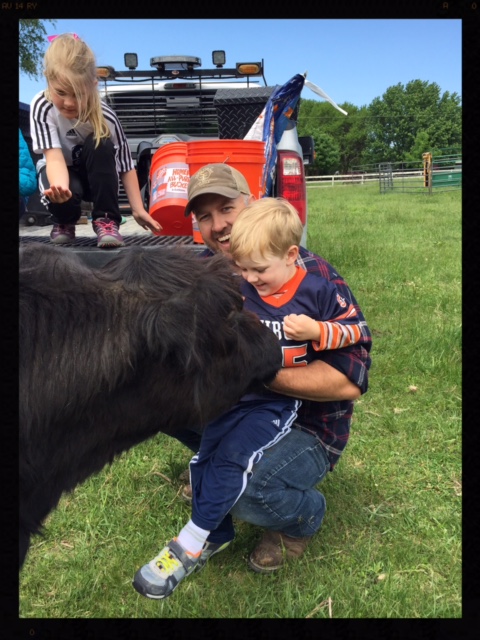 Upon first look it’s obvious that these cattle are different. To put it simple, they just look cool, with a very distintive look, bearing a striking resemblance to Oreo cookies. But it goes much deeper than that, Belted Galloway are truly a magnificent breed. The precise history and origin of the Belted Galloway is not certain. There are references to sheeted cattle in literature and art as far back as the 11th Century. The most popular belief is that is a result of a cross between the ancient Galloway with the Lakenvelder (Dutch Belted) in the 16th Century in the rugged and hilly terrain of the old Galloway district (very southwestern portion) of Scotland.

Because of the Belties heritage they are an extremely hardy breed of cattle with many benefits. Belties are well adapted to the cold with 4,000 hairs per square inch, requiring no shelter in the winter. Yes, you read that right, 4,000! The heavy coat consist of a short undercoat, and a shaggy overcoat, requiring less back fat under their hide. In the summer some or all of the outer coat is shed which allows them to tolerate the heat as well. They are excellent foragers and thrive on less than ideal pastures, utilizing grasses and weeds other breeds of cattle would shun. Belties are also highly resistant to disease. They calve easily and regular, well into their late teens, and have rich milk that helps the calves do well.